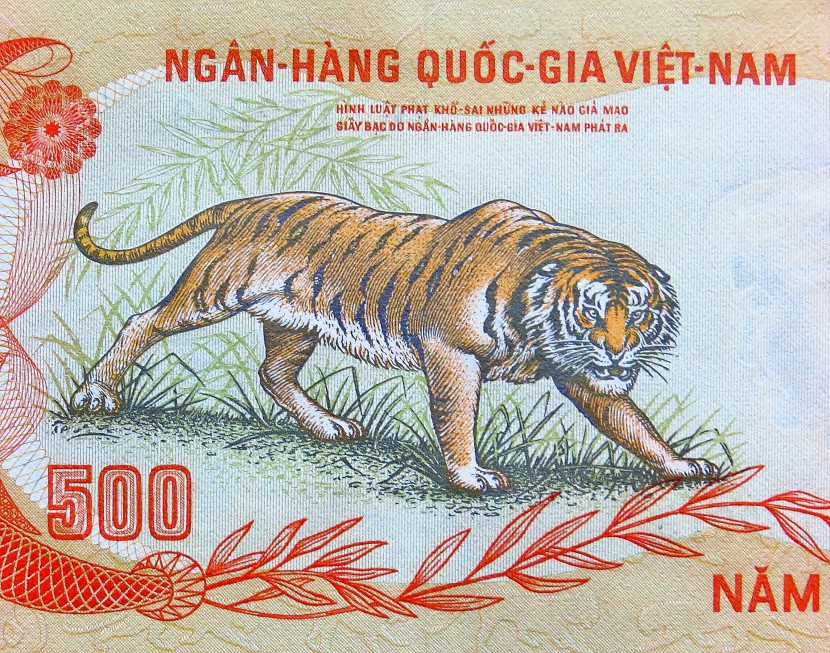 The 172 Vietnam 500 Dong banknote features the endangered Indochinese Tiger on the back and the Palace of Independence on the front.  The South Vietnam 500 Dong banknote was replaced after the end of the war.
Increasingly rare because of the era and importance the 1972 Vietnam 500 Dong is a lasting collectible of the Indochinese Tiger and the Vietnam War!
Banknotes are more than just money.  A country’s currency tells a story of the culture and history of a country.  In our current era of digital money , actual printing of banknotes is becoming obsolete.  Increasingly rare banknotes not only provide collectible memories but also can be small investments.
Visit my store to buy this and other banknotes!