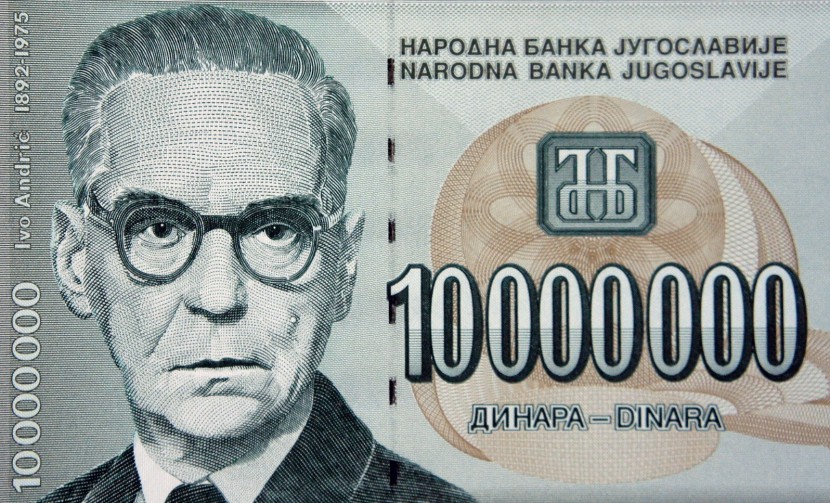 The Kingdom of Yugoslavia was formed in 1929 and was know as the Kingdom of the Serbs, Croats and Slovenes.  Following the Yugoslav wars Yugoslavia was dividend and became a defunct country.  In 1991 Croatia, Slovenia, Bosnia-Herzegovina, and Macedonia formed as independent countries.  The remaining republics of former Yugoslavia formed Serbia Montenegro (also known as the Federal Republic of Yugoslavia) in 1992.

The 1994 Yugoslavia 10 Million Dinara banknote was an overprint and re-issue of the 1992 series note during extreme hyperinflation during the mid 90’s.  The 1994 overprint 10 Million Dinara was quickly replaced less than a year later during yet another currency reform.  A rare historical Yugoslavia banknote of hyperinflation.
Banknotes are more than just money.  A country’s currency tells a story of the culture and history of a country.  In our current era of digital money , actual printing of banknotes is becoming obsolete.  Increasingly rare banknotes not only provide collectible memories but also can be small investments.

visit my ebay store to buy this and other banknotes!