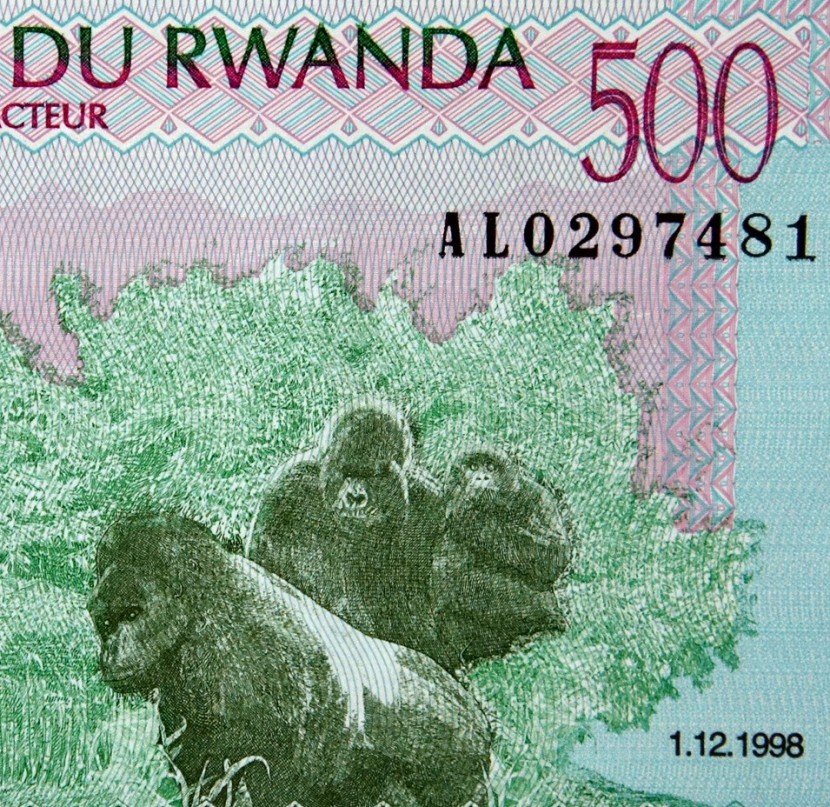 The 1998 Rwanda 500 Francs banknote features a Gorilla family on the front.  The back of the banknote features school children.  As part of currency reform in 1998 the 500 Franc banknotes were introduced and lasted until further currency reform in 2003.  Typical of this era of Rwandan money a very colorful note.
One of my personal favorites due to the gorilla images, color, and slightly unusual dimensions (wider than most bills of its length).
Banknotes are more than just money.  A country’s currency tells a story of the culture and history of a nation. In an era of increasingly digital currency actual printing of banknotes is becoming obsolete.  Increasingly rare banknotes are not only collectible memories but can be considered small investments.

Buy this and other historical banknotes here!