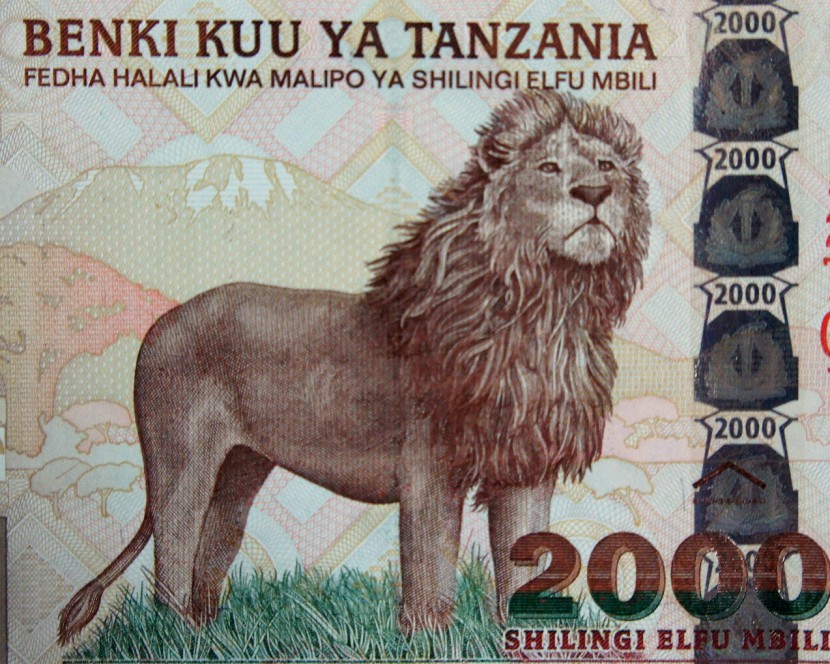 The 2003 Tanzania 2000 Shillings banknote features an African Lion in front of Mount Kilimanjaro.  Once the second most populated animals behind humans, Lions are now an endangered species.  The Tanzanian Shilling currency replaced the East African Shilling in 1986 to become legal currency in Tanzania.  The 2003 Tanzania 2000 Shilling banknote was replaced by a new note in 2010.
Now obsolete and out of circulation the 2003 Tanzania 2000 Shillings banknote is a collectible memory of  Tanzania money, Lions, and Mount Kilimanjaro!
Banknotes are more than just money.  A country’s currency tells a story of the culture and history of a country.  In our current era of digital money , actual printing of banknotes is becoming obsolete.  Increasingly rare banknotes not only provide collectible memories but also can be small investments.
visit my ebay store to buy this and other banknotes!