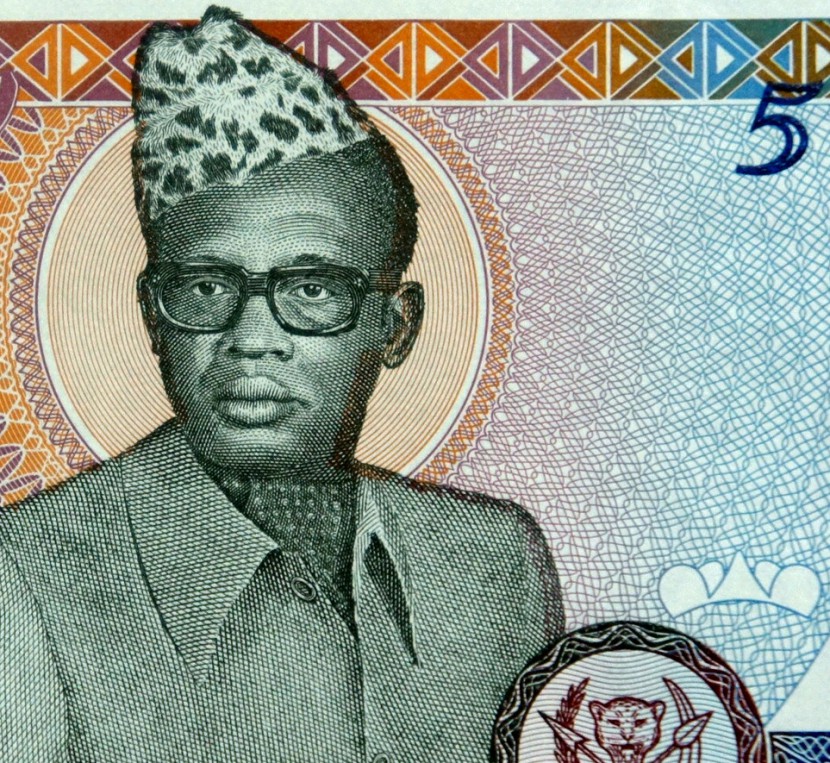 Congo money history has some of the most interesting African banknotes.  The 1985 Zaire 5 Zaires banknote features the infamous dictator Joseph-Desire Mobutu.  Mobutu was president from 1965-1997 and officially changed the Republic of Congo to Zaire in 1971.  Mobutu gained and kept power by publicly executing political rivals.  While the country remained poor Mobutu gained massive wealth during his rule is considered one of the longest lasting corrupt dictators in modern history.  Mobutu was also known as an eccentric with an affinity for leopard prints and supposed outlawed anyone in Zaire to wear Leopard prints except himself.  The 5 Zaires banknote features a Leopard and Mobutu wearing his signature Leopard skin toque.  It has been said that it was illegal for anyone except Mobutu to wear Leopard designs.  After a long rebellion Mobutu was finally overthrown and died in exile in 1997.  Zaire was then changed back to the Democratic Republic of Congo.
Banknotes are more than just money.  A country’s currency tells a story of the culture and history of a country.  In our current era of digital money , actual printing of banknotes is becoming obsolete.  Increasingly rare banknotes not only provide collectible memories but also can be small investments.
The 1985 Zaire 5 Zaires banknote is a historical representation of a long standing dictator and a now defunct country name and currency!  A great addition to any Zaire money banknote or historical memorabilia collection.

Visit my store to buy this and other banknotes!